My name is Peter, I've been enthusiastic about neural networks since I was a kid. I run the awesome reddit community:
/r/2D3DAI

I am the co-founder of mnch.co

Welcome to the journal about 2d, 3d and the connecting factor - AI

So, what has been happening the past year? Well, for one thing, we have made progress in our open source research, created the data set, published a paper, I have finished my thesis and more is to come. The following blog posts will be focused on our research.

Back in January 2014 I joined Prof. Neil Gandal, Head of the Economics department and Dr. Uriel Stettner from the Business department in Tel Aviv university to work together on a research involving social science within the open source code development sphere.

The work comprised of downloading all files from SourceForge from year 1996 to 2015. Then, parsing out the text to a uniform text format from all these files and creating a similarity measure between the different code files. I will explain the technical details on how it was all done in a different post.

Why SourceForge, and not, say, GitHub? SourceSorge exists from the 90s, it was the most popular platform long before GitHub. This allows us to run a thorough social science research over time, to check for temporal and trending changes.

At the first stage we focused on code files in Java, later we have also constructed the code flow network for C\C++. These are the dominant languages in SourceForge, comprising of 9M and 11M files, respectively. The next common language is C#, with less than 1M files.

Following is an example of how the Java code flow network looked like in 2005. The blue dots are projects and there is an arrow between two dots if code was transferred from one project to another. 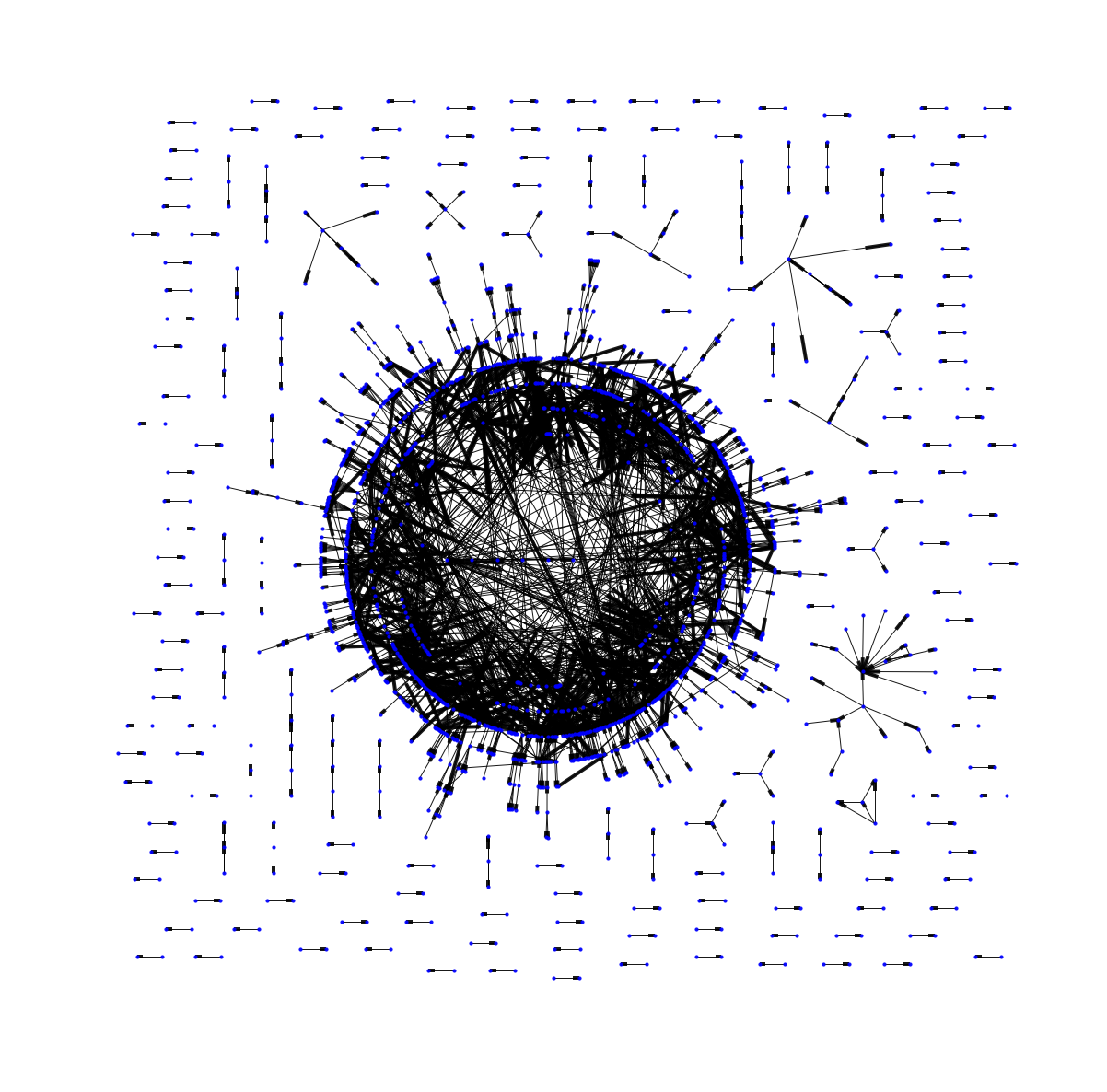 My name is Peter, I've been enthusiastic about neural networks since I was a kid. I run the awesome reddit community: reddit.com/r/2D3DAI . I also run the ML consultancy and projects company: abelians.com